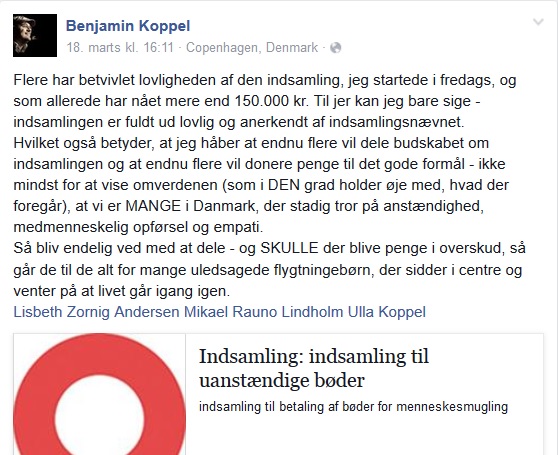 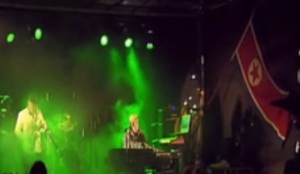 The long-term objective of the IRA, as expressed in its ‘Green Book’ – a handbook that every volunteer must study – is the ‘establishment of a Democratic Socialist Republic’; the short-term objective is expressed simply as: ‘Brits out’.

The political doctrine that drives the IRA is the concept that it has the right to exercise force to compel the British to withdraw from Northern Ireland.

Over the years, strategy has taken a number of forms. The main recent strategy is to mount bomb attacks on the UK mainland. The IRA believes that such attacks have a bigger impact on British public opinion than similar attacks in Northern Ireland, resulting in pressure on the government to withdraw from the North. According to one report, Gerry Adams and Martin McGuinness, leaders of Sinn Fein, persuaded the IRA leadership not to resume attacks in Northern Ireland early this year.

How dreadful are the curses which Mohammedanism lays on its votaries! Besides the fanatical frenzy, which is as dangerous in a man as hydrophobia in a dog, there is this fearful fatalistic apathy. The effects are apparent in many countries. Improvident habits, slovenly systems of agriculture, sluggish methods of commerce, and insecurity of property exist wherever the followers of the Prophet rule or live. A degraded sensualism deprives this life of its grace and refinement; the next of its dignity and sanctity. The fact that in Mohammedan law every woman must belong to some man as his absolute property – either as a child, a wife, or a concubine – must delay the final extinction of slavery until the faith of Islam has ceased to be a great power among men. Individual Moslems may show splendid qualities. Thousands become the brave and loyal soldiers of the Queen: all know how to die: but the influence of the religion paralyses the social development of those who follow it. No stronger retrograde force exists in the world. Far from being moribund, Mohammedanism is a militant and proselytizing faith. It has already spread throughout Central Africa, raising fearless warriors at every step; and were it not that Christianity is sheltered in the strong arms of science, the science against which it had vainly struggled, the civilisation of modern Europe might fall, as fell the civilisation of ancient Rome.

The potential uses of DIWATA include: improved weather detection and forecasts, disaster risk management, detecting agricultural growth patterns, and the monitoring of forest cover, mining, protection of cultural and historical sites, and the territorial borders of the Philippines.

DIWATA was turned over to the Japan Aerospace Exploration Agency (JAXA) to prepare for its launch into space this month. With DIWATA, comes the Filipino dream to have its own Philippine Space Agency.

More than this, the potential uses of Diwata’s images include improved weather detection and forecasts, disaster risk management, detecting agricultural growth patterns, and the monitoring of forest cover, mining, protection of cultural and historical sites, and the territorial borders of the Philippines. Diwata will be sending vital images and data back to Philippine Earth Data Resources and Observation (PEDRO) Center which was set up to receive data from the satellite

DIWATA 1 is equipped with a high precision telescope (HPT) that can determine the extent of damages from disasters, like typhoons and volcanic eruptions. It can also monitor changes in cultural and natural heritage sites, like the Mount Apo or Mayon Volcano.

Its spaceborne multispectral imager (SMI) with LCTF will be able to monitor changes in vegetation and monitor oceans productivity.

Its middle field camera assists in determining the locations of images captured using the HPT and SMI.

—From the Philippine Council for Industry, Energy and Emerging Technology Research and Development

Free radicals play an important role in a number of biological processes. Many of these are necessary for life, such as the intracellular killing of bacteria by phagocytic cells such as granulocytes and macrophages. Researchers have also implicated free radicals in certain cell signalling processes,[7] known as redox signaling. Some of these signaling molecules involve the free radical-induce peroxidation of tissue stores of polyunsaturated fatty acids such as linoleic acid, arachidonic acid, and docosahexaenoic acid. For example, free radical attack of linoleic acid produces a series of 13-Hydroxyoctadecadienoic acids and 9-Hydroxyoctadecadienoic acids which may act to regulate localized tissue inflammatory and/or healing responses, pain perception, and the proliferation of malignant cells. Free radical attacks on arachidonic acid and docosahexaenoic acid produce a similar but broader array of signaling products.[8]

The two most important oxygen-centered free radicals are superoxide and hydroxyl radical. They derive from molecular oxygen under reducing conditions. However, because of their reactivity, these same free radicals can participate in unwanted side reactions resulting in cell damage. Excessive amounts of these free radicals can lead to cell injury and death, which may contribute to many diseases such as cancer, stroke, myocardial infarction, diabetes and major disorders.[9] Many forms of cancer are thought to be the result of reactions between free radicals and DNA, potentially resulting in mutations that can adversely affect the cell cycle and potentially lead to malignancy.[10] Some of the symptoms of aging such as atherosclerosis are also attributed to free-radical induced oxidation of cholesterol to 7-ketocholesterol.[11] In addition free radicals contribute to alcohol-induced liver damage, perhaps more than alcohol itself. Free radicals produced by cigarette smoke are implicated in inactivation of alpha 1-antitrypsin in the lung. This process promotes the development of emphysema.

Because free radicals are necessary for life, the body has a number of mechanisms to minimize free-radical-induced damage and to repair damage that occurs, such as the enzymes superoxide dismutase, catalase, glutathione peroxidase and glutathione reductase. In addition, antioxidants play a key role in these defense mechanisms. These are often the three vitamins, vitamin A, vitamin C and vitamin E and polyphenol antioxidants. Furthermore, there is good evidence indicating that bilirubin and uric acid can act as antioxidants to help neutralize certain free radicals. Bilirubin comes from the breakdown of red blood cells‘ contents, while uric acid is a breakdown product of purines. Too much bilirubin, though, can lead to jaundice, which could eventually damage the central nervous system, while too much uric acid causes gout.[13]

In most fields of chemistry, the historical definition of radicals contends that the molecules have nonzero spin. However, in fields including spectroscopy, chemical reaction, and astrochemistry, the definition is slightly different. Gerhard Herzberg, who won the Nobel prize for his research into the electron structure and geometry of radicals, suggested a looser definition of free radicals: “any transient (chemically unstable) species (atom, molecule, or ion)”.[16] The main point of his suggestion is that there are many chemically unstable molecules that have zero spin, such as C2, C3, CH2 and so on. This definition is more convenient for discussions of transient chemical processes and astrochemistry; therefore researchers in these fields prefer to use this loose definition.[17]

Enthalpies of one-electron reduction and oxidation indicate that increasing the degree of methylation makes it harder for AsIII to be reduced but easier to be oxidized. The order of increasing favorability for arsenical activation by ROS is O2 < O2•– < HO•, and the oxidation of DMAIII to DMAV is highly exoergic in multiple redox pathways with concomitant generation of radicals. This is followed by MMAIII and by iAsIII being the least favorable. Spin trapping studies showed a higher propensity for methylated arsenicals to generate radicals than iAsIII upon treatment with H2O2. However, in the presence of FeII,III, all showed radical generation where MMAIII gave predominantly C-centered adducts, while acidified iAs III and DMAIII gave primarily HO-adducts, and their formation was affected in the presence of SOD suggesting a AsIII–OO/OOH radical intermediate.

In 1851, the medical world learned of the practice of arsenic eating among peasants in Styria (now a region of Austria) through an article in a Viennese medical journal.   The author was a Swiss physician, naturalist, and traveler named Johann Jakob von Tschudi.  According to Tschudi the stimulus for his 1851 paper was a trial involving a poisoning case that had recently taken place in the town of Cilli, part of the Austrian empire.  During the trial, the question was raised as to whether or not a certain military officer was a “toxicophagus.”  Tschudi explained that since the “toxicophagi” were “more or less unknown to the medical public, I have thought it my duty to publish some information and observations on the subject.”

Although some skepticism remained, the medical and scientific literature of the late nineteenth and early twentieth centuries suggests that many, if not most, physicians and chemists came to accept the validity of the accounts of the Styrian arsenic eaters.  In 1905,  Henry Roscoe firmly repeated his belief that there were well-authenticated cases of arsenic eaters.  An article in the British Medical Journal in 1901 claimed that: “It is a matter of common knowledge that arsenic and its salts exhibited for a time in small doses establish a tolerance, and the arsenic eaters of the Austrian Tyrol are the classical proofs of the fact.”

Fowler’s Solution, Public Domain
The publicity given to this practice helped to popularize the use of arsenic in medicines and cosmetics from the middle of the nineteenth century.  Arsenic had long been used in medicine, going back to antiquity, and was finding widespread use by the eighteenth century.  Arsenic preparations were taken both externally and internally.  Of the various solutions of arsenic compounds,  the most important was Fowler’s Solution, introduced by English physician Thomas Fowler in 1786.  Fowler’s solution quickly achieved widespread popularity in medicine.  While used for numerous conditions, it was especially valued for its tonic and stimulant properties.